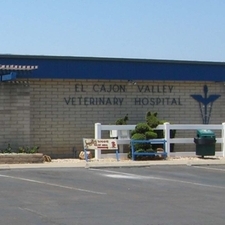 Providing the best in animal care since 1949!

El Cajon Valley Veterinary Hospital (ECVVH) was founded in 1949 by Dr. Warren Dedrick after he was invited to journey out west by an old Kansas State college friend.  The original hospital building was comprised of just 3 rooms total and was located on the west side of Magnolia Avenue, which is now an overpass for Highway 8.  The hospital moved to its current location and into its current building on Johnson Avenue in 1970.

In the beginning, ECVVH doctors did not specialize in just small or large animals; they saw whatever came through the hospital doors or whatever was waiting in the parking lot.  Doctors would go from being inside wearing a smock, pulling a foxtail out of the ear of a dog to changing into coveralls and boots and heading outside to check if a cow was pregnant. All that began to change in the late 1970's and early 1980's. Doctors began to gravitate toward either practicing small or large animal medicine and the hospital has had separate departments ever since.

Standing in front of ECVVH is an impressive 100 + year old flag pole which was donated by Roylene Perkins, a long time friend, employee and client of ECVVH.

Ever wonder what things were like over 60 years ago when ECVVH first opened its doors? Below are a few bits of trivia about 1949:
- El Cajon's population was about 4,000
- TV was just being introduced and becoming popular
- Truman was President
- Penicillin was just starting to be widely used in veterinary practices
- 7 inch diameter, 45 rpm records were introduced

Times have changed to say the least!

One thing that has not changed is ECVVH's dedication to provide both you and your pet with exceptional veterinary service!